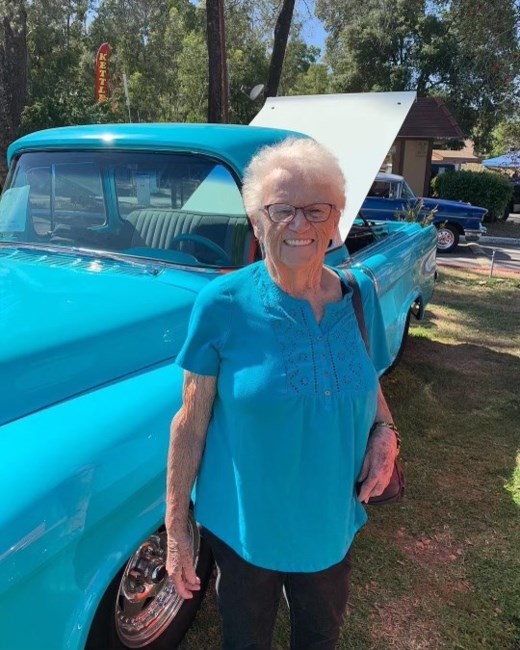 Patricia Joan Nybo, of Jamul, California, passed away in her sleep on November 5, 2022. She was born on October 30, 1941. Pat grew up in Chula Vista and graduated from Chula Vista High School in 1959. On December 26, 1959, Pat married her high school sweetheart, Alfred Nybo. They had two children Cheryl and Bob and lived in Chula Vista for several years. In 1992 Pat moved to Jamul to be closer to her daughter and grandchildren. She retired from California American Water Company in 2001 and spent her time taking care of her roses, going to the movies, being active in her church, and visiting family and friends. Pat was predeceased by her husband Al, son Bob, brothers Gary, Jack and Tim and her sister Georgia. She is survived by her daughter Cheryl Stewart, grandchildren Wesley Stewart, Dustin Stewart, Lorena Stewart, AJ Stewart, great grandchildren Jadyn Richards, Hunter Stewart, Grant Stewart, and her sister Connie Smith. Services will be held at St. Pius X Catholic Church Jamul on December 3 at 10:30 a.m. An open house/reception will be held at her daughter’s house (13884 Proctor Valley Rd., Jamul) immediately following church services. In lieu of flowers the family requests donations be made to the Leukemia Lymphoma Society or the San Diego Alzheimer’s Association. Fond memories and expressions of sympathy may be shared at www.tridentsociety.com/location/san-diego-ca for the Nybo family.
See more See Less

In Memory Of Patricia Joan Nybo